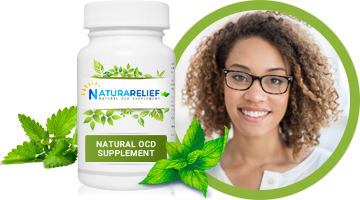 NaturaRelief’s award winning formulation will help with symptoms and relapses of all disorders associated with OCD (Obsessive Compulsive Disorder) including - obsessive thoughts, anxiety, depression, and compulsive urges - checking, evening-out, counting, repetitious cleaning, hoarding, and avoidance. You will FEEL NaturaRelief working in just 30 minutes! It does not lower energy levels and has no side effects. NaturaRelief continues working for up to eight to twelve hours. You take 1 capsules 2 times a day for 90 days, after that you can stop or continue at 1 cap a day.

How do the NaturaRelief time-release capsules work?

NaturaRelief works by increasing the levels of all four of the brain's "feel good" neurotransmitters. By providing an all-natural boost to serotonin, dopamine, norepinephrine, and GABA, the ingredients in NaturaRelief keep you balanced so you can concentrate, feel happy and treat obsessive-compulsive behavior. NaturaRelief is an herbal supplement that works to supply your brain with the repair tools needed to bring your neurotransmitter levels back to a healthy balance. The working ingredients in NaturaRelief will provide the exact nutrient supplements that your brain requires being able to correct itself within a few short weeks. The active ingredients in the NaturaRelief are well-recognized, and widely-used as natural medicines to provide positive mental support, and since NaturaRelief is all-natural there are no side effects for short term or long term usage. 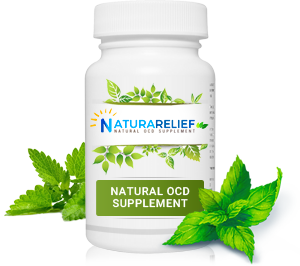 What you can expect within just 30 minutes of taking NaturaRelief:

Helps with many common OCD symptoms in just 90 days:

NaturaRelief is manufactured according to rigorous quality-assurance standards using proven natural ingredients. NaturaRelief’s award winning formulation contains potent herbs, amino acids and vitamins that work to immediately supply your brain with the right materials to be able to function properly. All this in a time-release capsule for complete 12-hour support! NaturaRelief is remarkably gentle yet extremely effective in treating OCD symptoms. NaturaRelief has been designed to be safe enough to take on a permanent basis, yet potent enough to not only treat, but also prevent you from relapsing in the future. No other natural supplement or prescription drug offers this broad spectrum of action provided by NaturaRelief.

Why NaturaRelief is so effective

98% of users with OCD report positive results. Unlike many prescription drugs, the natural ingredients in NaturaRelief are not addictive or habit-forming. You don't have to worry about becoming dependent on NaturaRelief or experiencing uncomfortable withdrawal symptoms if you decide to stop taking it.